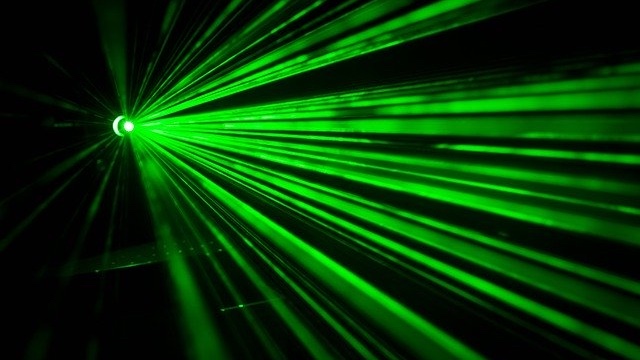 Dynamic light scattering (DLS) is a rapid and non-invasive analytical technique for determining the size of particles and macromolecules in an emulsion or colloidal system. DLS enables measurement of particle size distributions ranging from less than a nanometer up to several microns in size. The DLS technique finds use in the cannabis industry to help improve and characterize product formulations. Read about how one leader uses DLS in his product development process here.

A dispersion is a mixture containing a dispersed substance in a medium. As an example, chocolate milk is a dispersion of chocolate particles in milk.

Hydrodynamic particle size, as measured by DLS, is defined as the size of a sphere that diffuses at the same rate as the particle being measured. This sphere comprises of a core particle plus anything which is bound to its surface for example any ions or absorbed polymers.

When the particles are subjected to a laser the particles scatter some of the light that hits them. This light scattering is received by a detector at an experimental angle, theta, from the laser. The detector outputs a light intensity vs time plot which is passed to a correlator.

In a process called auto-correlation, rapid snapshots of the scattering signal are taken comparing back to the original signal measured. Between consecutive snapshots which are on the scale of nano or microseconds, the intensity signals are very similar or well correlated. When we look at snapshots which are further apart in time the similarity or correlation begins to decrease. Eventually the intensity signal changes completely and there is no longer any correlation with the original signal. This process is called autocorrelation. The larger the particles being measured the more slowly they diffuse and the longer it takes for complete loss of the correlation signal. Small particles which undergo rapid diffusion the correlation of the signal will decay rapidly.

How do we calculate particle size?

The auto-correlation function we’ve created enables us to extract the translational diffusion coefficient, D, which was mentioned earlier. These values are used in the Stokes-Einstein equation to obtain our size information. Variables such as viscosity and temperature need to be known as they will affect the diffusion rate.

Using DLS we can quickly measure the size of all the particles in a sample. Size distribution measured as shown in graph as an intensity distribution. This is the primary result and it shows the intensity of scattered light from each size population present in the sample. These results can also be converted into a volume or number number-size distribution if need be.

Particle size and distributribution are important data points in understanding product stability, onset time and evenness of dosing. DLS is an important technique in the analytical toolkit that can help to characterize and understand the stability of cannabis nanoparticles in an emulsion.