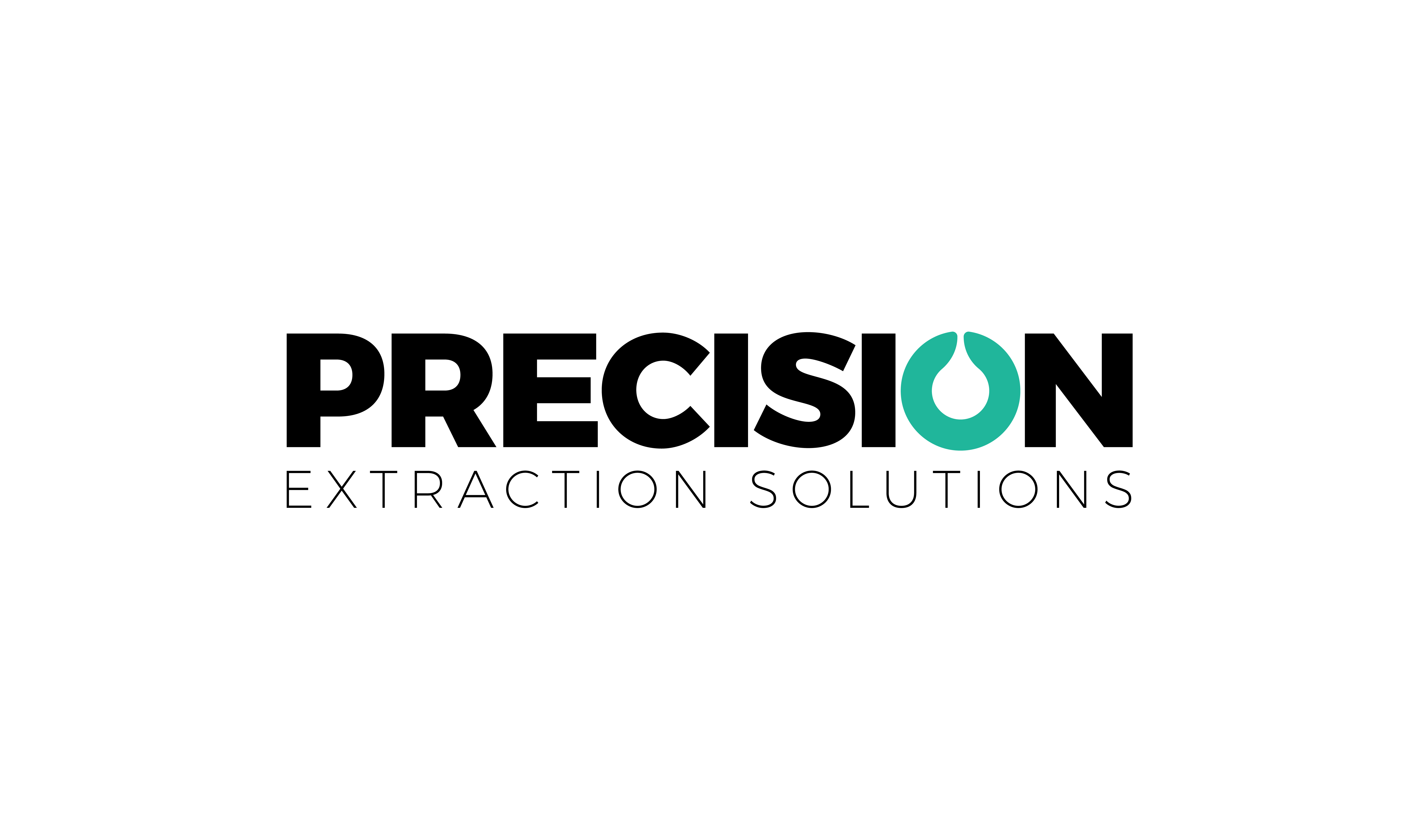 Cannabis and hemp derived concentrates are a rapidly growing product category. Formed by extracting cannabis using a variety of methods including ethanol, butane hash oil and CO2, concentrates find their way into consumer packaged goods as ingredients for infused products or as stand-alone products such as resins, rosins, distillates and hash.

Precision Extraction Solutions (Precision) was founded in 2014 to provide equipment and services to cannabis and hemp processors. In October 2021, Agrify (NASDAQ: AGFY) purchased Precision in a $50M cash and stock deal. The move positions Agrify to offer end-to-end infrastructure solutions for cannabis cultivators and processors.

We interviewed Nick Tennant, SVP of Innovation at Precision, now a division of Agrify. Nick founded Precision after seeing a need for quality equipment in concentrate processing. Prior to Precision, Nick was involved in a vertically integrated cannabis business in Michigan where he gained experience in cultivation, extraction and retail.

Aaron Green: How did you get involved in the cannabis industry?

Nick Tennant: I’ve been in cannabis about 17 years now. I had family in Colorado and California who I started to interface with around 2006. Around 2008, Michigan passed their cannabis law, and we were one of the first businesses to get licensed. The subsequent five years from that law getting passed, up to 2013, I did pretty much everything in terms of commercial cannabis – cultivation, retail, edible manufacturing, you name it. Concentrates didn’t really exist in a meaningful way; the products definitely were there, but the technology wasn’t. I looked at technology at the time and it was very primitive, so we made a shift to focusing on concentrates. We launched Precision in 2014 and we basically shot out of a cannon, doing a million dollars in sales in our first 90 days. Since then, we grew the company up to 60 employees and substantial amounts of revenue. We sold Precision to Agrify in October of this year.

Green: Tell me about that transition from a cannabis products company to an equipment manufacturer.

Tennant: It was a gradual transition. As I started to see the extraction niche expand, I really started to put more time and resources into it. When we launched Precision and were met with such success in just the first 90 days, I knew that I had to abandon everything else I was doing to focus on this. My former partners took over the businesses, like the grows. We worked out individual circumstances regarding how I was going to leave those businesses and focus full time at Precision.

Green: So, big news recently with the acquisition, congratulations on that! Tell me about Agrify and why a deal with Agrify made sense to you.

Tennant: The strategic rationale is that we are providing an end-to-end infrastructure solution. They have the horticultural aspect, an excellent public vehicle, and plenty of cash on the balance sheet to continue to scale the business and acquire additional constituents within the cannabis infrastructure. Getting to the point where you can exit the businesses, it’s a long road, and our business is very niche. We were seeking to partner with t a bigger player in the industry with more resources that would help us to scale what we were trying to do, and Agrify was the perfect fit.

Green: You’ve got several areas of focus at Precision ranging from ethanol extraction, distillation, and butane hash oil (BHO) extraction. Where are you focusing the business going forward?

Tennant: Going forward we want to provide that end-to-end one-stop shop infrastructural solution for any cannabis products company. We want Agrify to become the dominant and fastest growing player in the cannabis industry for infrastructural solutions, whether that’s horticulture or extraction. We’re continuing to expand our product portfolio into other niches so that if you’re building a cannabis facility, you only need to come to one company and the process is as simple as possible.

Green: What kinds of products are you seeing the consumer gravitate towards?

Tennant: I think that cannabis will remain to be very artisanal because of the uniqueness of the plant. If you look at similar industries, I could compare it to craft beer or winemaking. I think that hydrocarbon and water hashes will continue to play a substantial role. I also think that ethanol and distillate-based products will hold market share just like the Budweiser and Kendall Jacksons of the world.

People love the native sort of essence of the plant, that this is a plant sort of bestowed upon us by the universe with all these unique healing and restorative properties. I think that trying to capture those properties and that native essence of what’s going on within the genome of the plant and translate that into a product is going to be the theme that continues to dominate, and I think that for several reasons. For the same reason somebody will go to Whole Foods, and they’ll buy the local organic grown fruit or vegetables, people are going to gravitate towards artisanal cannabis products. People that consume cannabis, generally speaking, are more naturalistic or homeopathic than most.

Green: Precision has technology for a range of extraction methods where the focus has been on cannabis. Are you seeing any new markets outside of cannabis?

Green: What trends are you following in the cannabis industry?

Tennant: Consolidation, I would say, is a big one. MSOs are consolidating and buying up the small players. The second major trend is regulation, and what’s going on in DC. Beyond that, you obviously have new states coming online, shifting consumer trends, things like that. I would say these last two are less impactful from a macro standpoint, but nonetheless, still things that we follow.

Green: Following up on consolidation, do you see a demand for larger systems now?

Tennant: I’d say 95% of what we do is under 2000 pounds a day, which we consider artisanal. You’re not going to see large scale production consolidation because you have fragmentation by state. It would be most efficient for a cannabis manufacturer to manufacture everything in one location but it’s just not possible with the state laws. It’s very fragmented. Somebody like a Trulieve might have 20 different manufacturing operations, all running similar processes. Perhaps we will see more upon national legalization and the opening of state borders.

Green: What in your personal life or in the cannabis industry are you most interested in learning about?

Tennant: I am constantly learning. That’s just how my brain is, and the type of person that I am.  I’m interested in a variety of topics, but I think I’m most interested in how capital markets are going to materialize and substantiate around the federal legalization because we’re in this weird space of cannabis. It’s weird, because you have a boom industry that’s generating massive amounts of revenue and massive amounts of tax dollars, but you must remind yourself that there is no real liquidity in this market, meaning you can’t finance things. A typical cannabis company that wants to go out and get capital is getting rates between 16 to 18%. There’s just a capital restriction since cannabis is a Schedule I substance, and these large lenders don’t want to play into that.

The question in my head and the big catalyst for the entire industry is: what happens when we get a descheduling, decriminalization and/or legalization on a federal level? How does that affect the large funds sentiment to deploy this zero-interest rate capital that we’re seeing in the rest of the world? We’re seeing it in mortgages. We’re seeing it in every aspect of the world. There’s free money printing, but it’s not flowing into cannabis because those federal laws are prohibiting it as such. Ultimately, as more infrastructure comes online, these companies are not going to have to scrape by to build a $3 million lab. They can finance it at a reasonable interest rate, and the infrastructure can come online.

That’s going to be better for the consumer. There will be more infrastructure, more products, more research and development, more retail locations. Everything gets better, more convenient, and more robust. I would think that finance interest rates are the largest lever within the industry right now, and because of that, you’ll likely see cannabis capital markets go pretty crazy when legalization comes around.